The 2022 National Citizenship and Immigration Conference

Commitment to Excellence: Strategies, Solutions and Successes: The Next Chapter

Commit to excellence at this year's National Citizenship and Immigration Conference (NCIC), as we navigate a rapidly changing industry by offering strategies, solutions, and successes for the modern consultant.

The National Capital Region serves as a stunning backdrop to our 17th annual national conference, where this year we'll gather to reconnect. Whether you take part in Ottawa at the Marriott Hotel or attend online, our hybrid conference offers plenty of opportunities to learn, broaden your horizons, and strive for excellence. With sessions on industry updates, policy changes, panels on navigating digitization and online portals, discussion on cross border opportunities, mock hearings and sessions, practice updates and tips, we'll provide a path to move from survival to success. Join us, as we commit to excellence, and start the next chapter. The Gala will be held at the Canadian Museum of History in Gatineau (limited tickets) https://www.historymuseum.ca/ Stay at the Marriott Hotel Ottawa! Exclusive group rates are available for in-person attendees at the Marriott Hotel Ottawa for $169 per night beginning Tuesday, May 24, 2022 and ending Saturday, May 28, 2022. Book your room today! Reserve your accommodation using CAPIC's group rate: https://www.marriott.com/event-reservations/reservation-link.mi?id=1641928413432&key=GRP&app=resvlink 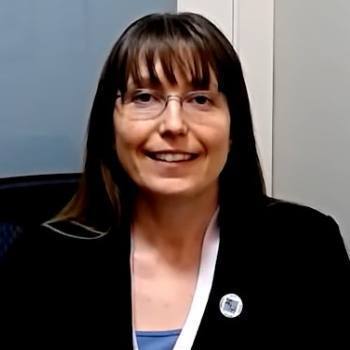 Mrs. Katharina Kontaxis, RCIC first studied law in Austria, Europe from 1996 to 2000. Then, she immigrated to Canada. Upon completion of her Canadian post-secondary education, she worked in Toronto, Vancouver, Montreal, and Edmonton. After 20 years of work experience in the legal field, she founded her own immigration consultancy – KIS Migration – in Edmonton, Alberta.

Her unique perspective on legal issues is based on her professional career in three languages: English, French and German. The broad exposure to different cultures and languages has provided her with extensive experience arguing complex matters on behalf of her customers. She truly understands the subtle nuances of the ever-changing Canadian immigration and citizenship laws and policies. With the motto “clients-first” in mind, she provides timely and efficient quality services as a Canadian immigration consultant, instructor, and author.

Since 2018, she has written several articles on immigration law and legal research that were published at MyConsultant.ca. Furthermore, she offers her assistance as IMMe Forum expert at CAPIC. She has also taught the Foundations of Canadian Immigration Law course of the Graduate Diploma in Immigration and Citizenship Law at Queen’s University, Faculty of Law since fall 2021.

Additionally, she instructs CPD courses for IMLIN since 2021. Previously, she lectured all courses of the Online Immigration Consultant Program at Herzing College in Toronto from 2018 to 2021."

RCIC / CRIC
After working as a Legal Assistant for various large law firms in Calgary, Melanie discovered an insatiable curiosity about law.  While working, Melanie saw clients turned away because their files required more time and knowledge than the billable hour hierarchy of a traditional law form would accommodate. Determined to provide access and help to as many people as she could, Melanie became an RCIC.  Melanie’s focus is economic and family immigration, but her passion is research.
Melanie is a dual national of Canada and the United Kingdom.  She first moved to Canada in November 1982 and hated it!  After a few decades in Alberta, her opinion has changed. When not helping clients navigate the immigration labyrinth, Melanie can be found reading, enjoying the wild beauty of Western Canada or participating in hot topic discussions. 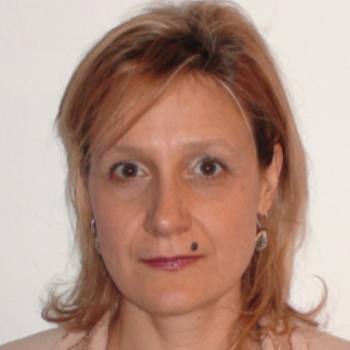 RCIC / CRIC
Ms. Mihaela Kerezova is President and Founder of her immigration services firm IMMIGRATION PATHS based in Toronto. She is educated both in Canada and internationally. She holds two Masters Degrees – one in “Asian Studies/Chinese Linguistics” from the St. Petersburg University, Russia and, one in “International Relations” from the University of National and World Economy, Bulgaria. In addition, she obtained her Immigration Diploma and graduated with Honors from the Herzing College in Toronto. Ms. Kerezova also specialized in Advanced Chinese at the Beijing University-China and taught as guest-lecturer at the Meiji University in Tokyo, Japan. She is fluent with working knowledge in 7 languages, among them: Chinese, Russian, and English – 3 of the official languages of the United Nations (UN).
Ms. Kerezova practices in the immigration and citizenship field both in Canada and internationally. She worked for the Embassy of Japan in Bulgaria and, at the Bulgarian Embassy in Beijing, China. Between 2008-2013, she worked on a government contract at the Immigration and Refugee Board (IRB) and Citizenship & Immigration Canada (CIC).
As a Regulated Canadian Immigration Consultant (RCIC), Mihaela is Member in good standing of the College of Immigration and Citizenship Consultants (CICC) and is also actively involved with the RCICs industry association Canadian Association of Professional Immigration Consultants (CAPIC).
Ms. Kerezova has extensive experience in dealing with complex immigration and citizenship matters, among them: various streams’ applications, Immigration Appeals, Refugee and Admissibility Hearings, Detention Reviews, PNP Entrepreneur Streams and other federal and provincial immigration programs. Her company IMMIGRATION PATHS provides full scope of immigration and auxiliary services where Ms. Kerezova successfully represents clients, corporate clients, and businessmen from all over the world in achieving their personal and business-related immigration goals. 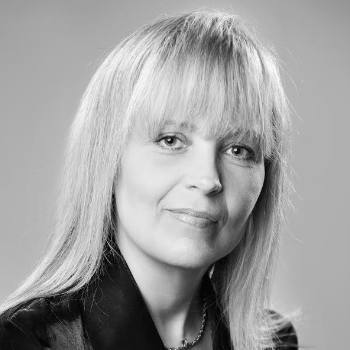 Isabella Kowalewski is a member in good standing with CICC. An immigrant herself, Isabella is passionate about helping others achieve their immigration dreams and has been following this passion for close to 27 years. She was “discovered” by a former immigration officer while her own immigration to Canada case was being processed and since1995 for the next 6 years she passionately trained and gained experience.

Since 2001, Isabella manages her own company E Immigration Inc. in Toronto. She graduated with Honors from Seneca College IPP in 2003 Experienced in a variety of case work, Isabella specializes in family class, humanitarian cases and tribunal work (she represents clients at IRB for their residency obligations appeals, detention reviews, and family class appeals). Isabella is committed and engaged with her clients, she supports and guides them every step of the way. With attention to detail and her straight up style, Isa is a force to be reckoned with on her files. Active in her profession. Isabella is involved in participating and leading educational seminars and mentors others. A lot of her clients are Polish – as is she. For the past almost 15 years Isabella writes a weekly column on immigration topics in Polish newspaper “Gazeta Gazeta” called “Ask Isabella”. She was interviewed by Polish TV and radio in Ontario. Happily, settled in the country north of Toronto, mom to her sons, she and her family spend their spare time breeding and raising German Shepherd Dogs.

Conference attendees can book through Air Canada to receive a special, discounted rate. Please use promo code "HP37U341" when booking.

Conference attendees can book through WestJet to receive discounted rates.

To take advantage of this offer, please use the code listed and visit www.westjet.com/conventions to make a booking online.

TERRITORY: From all stations throughout the VIA system to Ottawa, Ontario and return.

DISCOUNT: 10% off the best available fare in Economy, Economy Plus, Business, Business Plus, Sleeper class. "Subject to the conditions and restrictions of the fare plan to which the additional discount is being applied."

EXCEPTION: Discount does not apply in any Escape fares and Prestige Class.

IDENTIFICATION: Participants must reference the event’s VIA convention discount code: 14208.

CAPIC reserves the right to change all agenda items, topics, speakers, and sessions without notice and at its sole discretion.

In-person conference components are subject to change due to municipal, provincial, and federal health regulations as a result of the COVID-19 pandemic. In the event that the in-person components of NCIC 2022 are impacted or cancelled due to changes in government health regulations, CAPIC reserves the right to present NCIC 2022 in its entirety in a virtual mode. In such an event, those who have registered for in-person will be switched to virtual attendance and be refunded the difference in price.